Eastbound Powerlifting approached us in 2016 looking to sponsor Iron Sisters. Together we agreed of the need to encourage our younger Sisters in the Iron Game – this is how the annual Iron Sisters Strength Camp Scholarship was born.

Each year we select one student-athlete (ages 14-23) to apply for the chance to attend a Strength Camp, for FREE.

The scholarship covers tuition/registration and applicable meals but does not cover transportation to the event or accommodations.

In addition, all applicants are offered the opportunity to register for camp at a special student rate if they do not receive the scholarship.

Serena only started powerlifting about 2 years ago competing in five OPA/CPU meets including 2019 Nationals, where she placed 4th in the 63 Kg Junior class and tied the Ontario Provincial Squat Record.

Serena’s aspirations are equally balanced between her numbers (with goals to have a provincial or national record squat, dead lift 400lbs and place top 3 at nationals) and her desire to learn from our community of experienced lifters that have gone before her including some of her role models like previous Strength Camp Coach (and now IPF World Champion) Maria Htee and Christine Castro.

In Serena’s own words:
“I have a genuine love for this sport. This sport has become a passion and such a big part of my life in a short amount of time. It has taught me to work hard, to be disciplined, to be more appreciative and so many traits that have touched many areas of my life.” 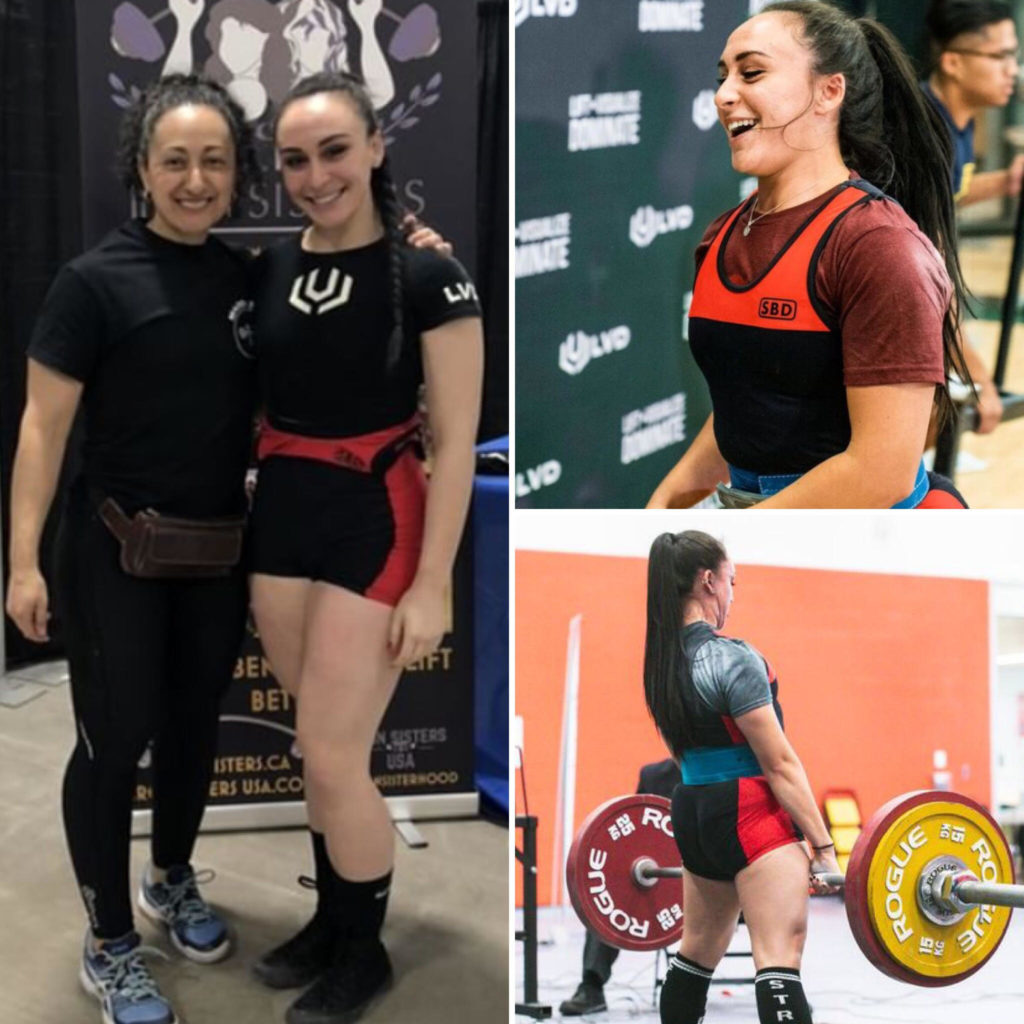 Helena started powerlifting in early 2016, competing in three USAPL meets including the 2016 Raw Nationals and the Raw Classic at the 2017 Arnold. She holds New Jersey records for deadlift and total and the national deadlift record for her weight class (sub-junior). At age 18, she pulled 170kg at the Arnold – good enough for a sub-junior IPF World Record (57kg class) (although, by IPF rules, she was a junior in that year since it was the calendar year in which she turned 19, eight months later).

Helena’s aspirations are equally balanced between her numbers (with goals to hit a 500 wilks, and to become an IPF World Record Holder) and her desire to be “involved in the camaraderie of the powerlifting community as some of my role models, like Kim Walford, Jen Thompson, and Jenn Rotsinger (my coach).”

In Helena’s own words:
“I love powerlifting – and, really, the strength training world at large – with all of my heart. The mindset it bestowed on me saved me from years of exercise-focused OCD and body image disorders which started in middle school. Even though I lost some parts of my identity because of that anxiety-ridden time in my life, I’ve also grown into exactly who I am today thanks to the people, opportunities, and places powerlifting introduced me to. I hope to age well in the sport, like my coach, and be a friendly face in the community 20, 30, 40 years from now.” 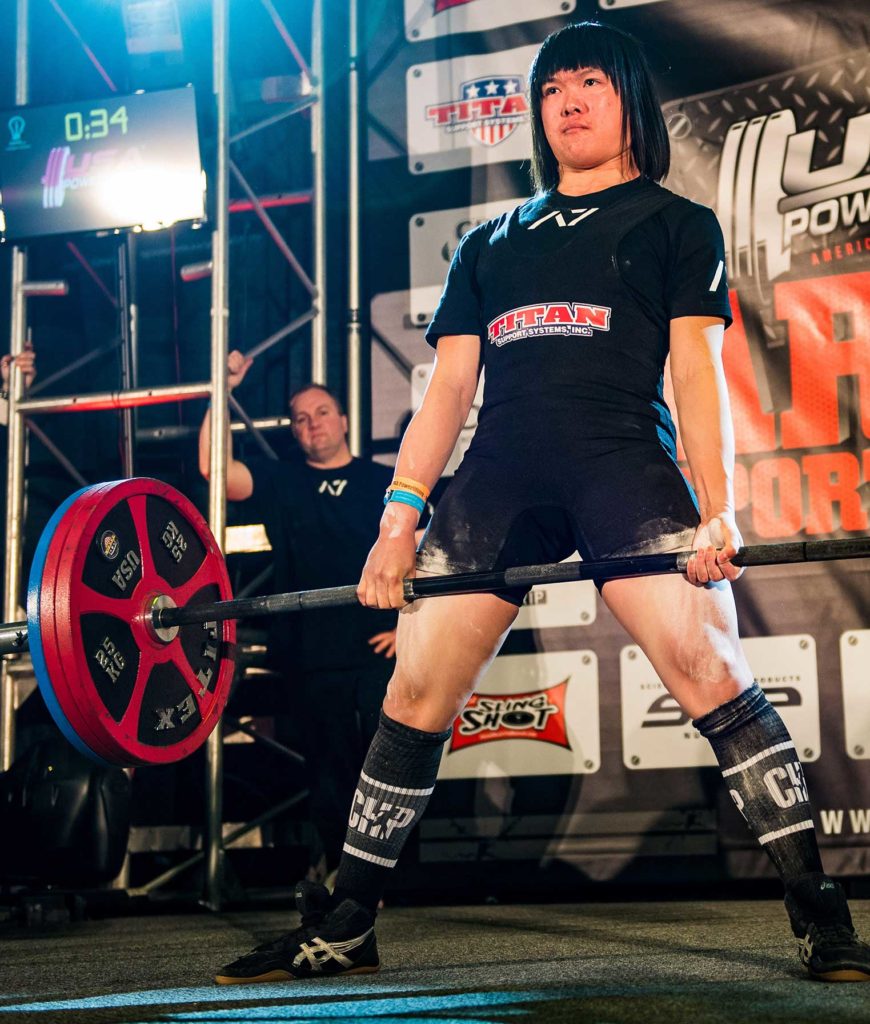 Hailey started powerlifting in 2015, wanting to explore her strength capacity, the sport, and determine her mental toughness.

She trains with the University of Saskatchewan Barbell Club because she loves the camaraderie, unconditional support, and non-judgemental relationships developed through a common passion.

Hailey qualified for Nationals this past year after only two competitions, and has since competed again with aspirations to compete in Calgary in 2018.

In Hailey’s own words:
“I aspire to be that real and positive role model for other women. The Iron Sisters experience will provide me another dimension of development that will serve me well in as aspect of my life, as well as service to others.” 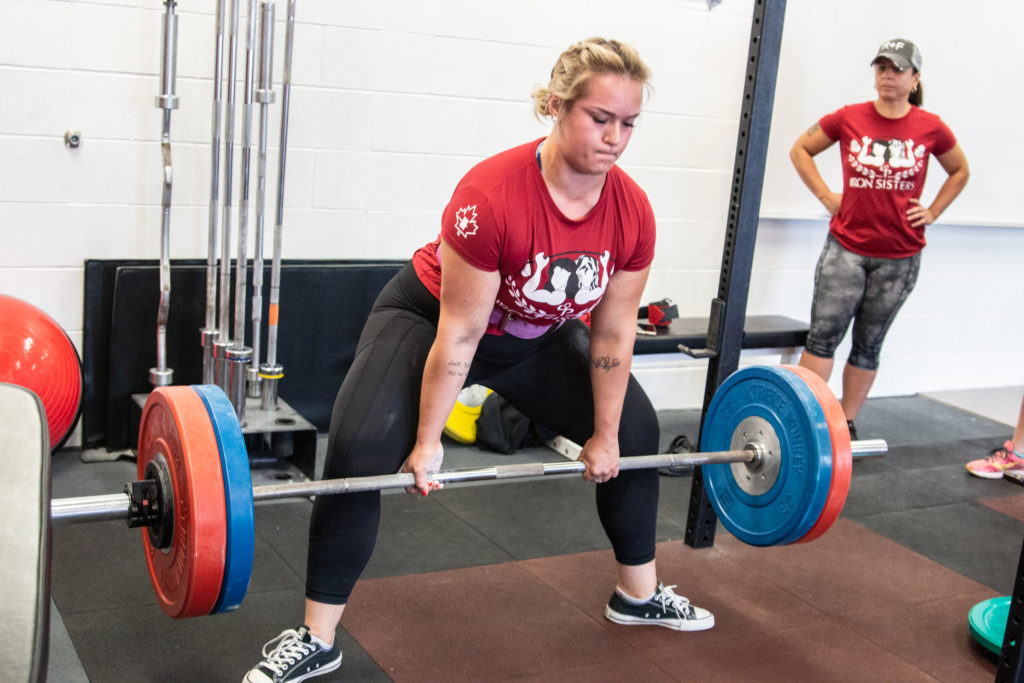